Important differences Between Isolated and Auto Transformer Design
When it comes to safety it is very important to note there are 2 major differences in step down transformer design:

We normally recommend Isolated transformers for equipment that is of significant value, runs continuously and needs reliable and consistent use.
Isolated means in the transformer the voltage is isolated from input to output. This protects your USA device from the higher 240V Aussie power voltage – making it is impossible for the 240V power to “cross over” into your USA appliance which may happen during a power surge.

Isolated Transformer:
Transformer with two separate input and output windings – note below – the isolation between input and output. This ensures protection for your USA or Japanese appliance so that in case of power surge your appliance is fully isolated from the input power supply:

As you can see below your appliance has direct connection to input and this leaves it vulnerable to surges and over current: 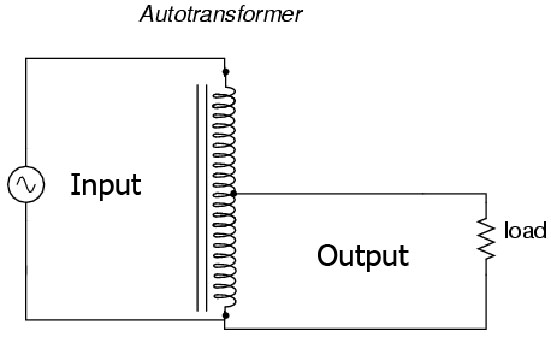 Safety is a major consideration for any power transformer (and in the case of telecommunications, the isolating transformers), and electrical contact between primary and secondary must not be allowed under any realistic fault condition. All countries have safety standards that apply to transformers where electrical isolation is important, and if in any doubt about the safety of a transformer for a particular purpose, make sure that you verify that the transformer complies with the relevant standard(s). It is well beyond the scope of this article to cover all the possibilities of standards and compliance issues.

Many power transformers are fitted with an internal  thermal fuse that will become open circuit in the event that a preset temperature is exceeded. This temperature is chosen to be the maximum safe temperature of the windings before the insulation melts or breaks down, so in the event of a fault, the thermal fuse will open before the insulation is damaged and the component becomes potentially dangerous. It also helps to prevent the risk of fire . See Figure (below) as an example of how bad things can get if the transformer is not protected.

Why no Earth? There is no output earth on an isolation transformer

This is as per the definition of an isolated transformer design: No electrical connection of the input earth to the output side earth of the transformer.

If we connect the input earth from the input to the output earth it is no longer called an” isolating transformer”.

The fact that the earth is not connected means that if you touch the output active to earth it is not possible to get a shock as there is no MEN point on the output circuit (connection of neutral and earth).

With no earth – what does this mean with safety concerns?

A Common quesiton customers have asked about the earth not passing through in isolation transformers and impact on home earth leakage detection?:

Earth leakage detection does not work with isolation transformers as there is no Earth Leakage.

With regards to safety concerns – with isolation transformers there is no return path for the electricity to flow from the active through your body to earth it is esentially an earth free system – it is not possible to have an electric shock from active to earth on this system.

Safety rating therefore very high therefore with an Isolation transformer, there is no need for earth detection with Isolated transformers due to the nature of their design.

Why do Isolated Stepdowns Transformers have no Earth? (diagram) 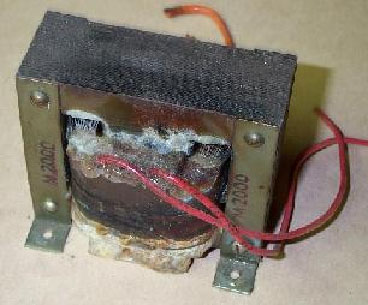 The figure to the left shows a transformer removed from a repair job. It is a complete meltdown, and the remains of the plastic bobbin can be seen quite clearly. In any circuit, it is extremely important to protect the user from coming into contact with the mains should this happen. In this case, the bobbin had melted away from the windings, dribbled on the base of the equipment, and generally made a big mess.

Proper safety earthing is the only real way to ensure that a transformer that fails catastrophically (such as that shown) does not cause the chassis to become live – not all transformers are created equal when safety is concerned. Correct fusing will ensure that the fuse blows – hopefully before the electrical safety is compromised. A thermal fuse would have prevented the situation from becoming as bad as shown, but the transformer would have been just as dead.

Item added to your cart

Continue Shopping Go To The Cart